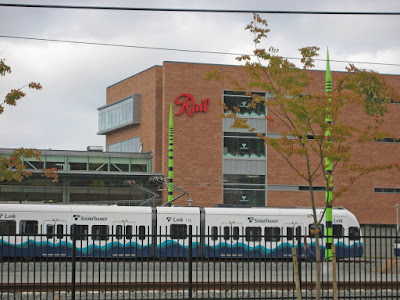 The State DOT – Washdot – inspected the Alaska Way Viaduct last week and they say it hasn’t sunk any more. Since the earthquake it’s down 5.5 inches but they pumped some stabilizing crud into the ground underneath it and now it’s not sinking. They should patent that crud.
Somebody bumped into a guard rail on a downtown exit and knocks a chunk into the street below. It’s happened before. This time the chunk grew as the day went on. When they first reported it the chunk was “about 10 feet long” as by the 5:00 news it had grown to 35 feet. Another good reason for Christine to knock it down in 2012. What if the guard rail started expanding some dark knight, like October 31?
They inspected the Evergreen Point Floating Bridge and pronounced it still floating. Took them 48 hours to make that determination. State DOT inspectors crawled around with flashlights and Q-tips checking to see how much water is seeping into the pontoons. Oh, the jobs I could have had!
Both of these structures are in danger of suddenly failing in a manner that would probably hurt lots of folks. It’s an emergency situation and we need to fix them immediately. In this case “immediately” apparently means as soon as the next administration can find the money.
Venerable old Coal Creek Parkway is starting to look like its new self. Drivers are now using the brand new north bound May Creek Bridge while crews construct the south bound bridge. So traffic is two way for now.
They’ve also started drivers on some of the new pavement along the Great Wall of Newcastle. Amazing retaining wall that’s going to have a walkway on top. I need to get around to a good spot and take a picture. But I don’t think a mere photo can do it justice. It’s enormous.
The Boren Creek culverts are in place and the roadway is taking shape above it. I still think it would have been fun to combine the culvert and roadway so that in heavy rain we’d be driving in a foot of water. But nobody listens to me.
We have a curbing along much of the new roadway and right now piles of old road surface dug up waiting for trucks to haul it to Maple Valley. From there it will be hauled back to the asphalt plant in Seattle. Then back to Maple Valley for short term storage and then back to Seattle to pave the new Alaska Way Viaduct. Maple Valley Highway is bumper to bumper with dump trucks and garbage trucks. If you like trucks just take a walk on the Cedar River Trail on a weekday.
Where was I? Oh, yeah, Coal Creek Parkway is at the point where you can pretty much see the new alignment. They moved it over and made longer straight stretches here and there. I think it’s in preparation for light rail.
Duval Avenue in Renton is still closed for construction. It is supposed to open in July 2009 all paved and striped with four lanes and turn lanes. Oh, and bike lanes, walkways, and planting strips. They also have an enormous retaining wall. It could be called the Great Wall of Renton except that the word “Great” doesn’t go with “Renton.”
Duval Ave. will join up on the south end of Coal Creek Parkway and eventually we have a four lane roadway all the way to Cemetery Road from Factoria. But why go that far? Turn right on Sunset and Fry’s is right down the hill. But until the work is all done we have to endure “up to 20 minute delays” or take an alternate.
The official alternate is I-405 from Bellevue to the Maple Valley Highway. Remember that one? Well, it’s true, that’s the alternate. Work continues on I-405 as well.
I signed up for email updates from the DOT on the I-405 project. It only tells me what times the freeway will be closed but practically nothing about the project itself. So I have to go to the Park and Ride lot and check it out myself. Do they think I have nothing better to do? Oh, yeah, I don’t.
Here again the earth is backed up behind an enormous retaining wall. In order to add lanes (which seems to be what’s going on) they need to carve into the hillside. I bet the folks who live on top of the hill sure enjoy it as the dozers load huge trucks that head off to Maple Valley.
Once it’s all finished they’ll have to raise noise walls on top so the neighbors can’t hear the traffic. Then you’ll see some serious concrete!
The Link Light Rail from downtown Seattle to the airport is progressing. The papers show a photo of the new rail cars testing. They even let some people ride along. I’m going to see if I can get a test ride.
The last big segment is the tunnel and station above it on Beacon Hill. The station is at surface level and passengers will be hoisted up and down via a rope tow or something. Anyway its 165 feet from the Beacon Hill surface down to the tunnel and that’s a long way. Maybe they’ll have a fireman pole for going down and a jetpack for going up. Looks like another inspection tour coming up.
I’ll keep you posted on progress as I see it, not as the official web sites see it. After all, what do they know?
Al
Posted by Al LBRTR at 4:24 PM

This report is for those who are interested in activities leading up to a major Rapid Transit Facility in Newcastle Washington on the shores of Lake Boren. There are only a few rules:
Accuracy - Optional
Plagiarism - I'm not above it
Frequency - Whenever I post

Al LBRTR
I'm 6'5" with wavy hair but currently not using it. 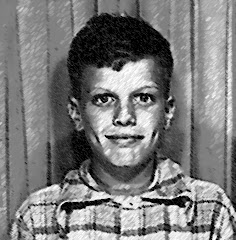 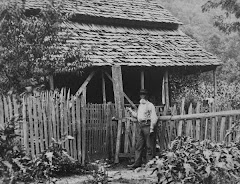 You have to pay this guy 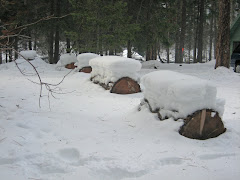 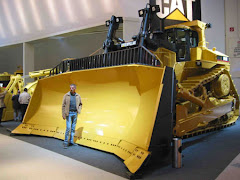 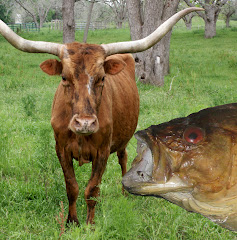